“A hustler is someone who in life isn't afraid to put in the blood, sweat and tears toward the ultimate prize, personal success.”

SnapCall & The Art of
The Hustle

INTRO TO THE HUSTLE

Hello, this is Brian White and I would consider myself a hustler. While the word hustler has had an unclear past, I am here to reclaim the term for myself and all the real hustlers out there. But let's make it clear who and what a hustle and hustler is.

A hustler is someone who is confident and real, who perseveres to succeed and pushes to become their best self no matter the obstacles. And through determination and skillful networking, a hustler succeeds when others fail. 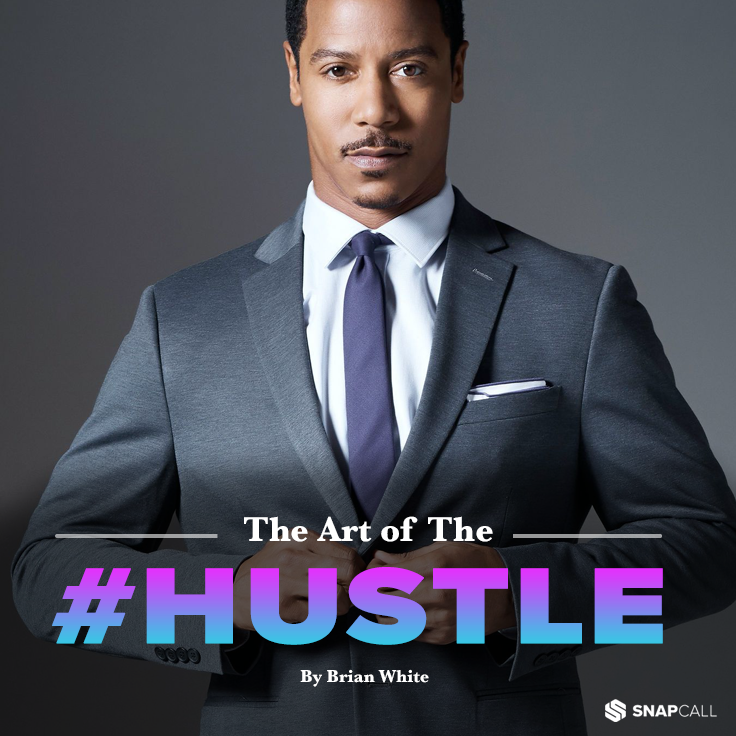 “ A hustler recognizes that every person represents an opportunity and through the quality of that relationship the opportunity is realized.”

Much of my own inspiration comes from my parents. My father, Jo Jo White, who has since passed, was a Marine who went on to become one of the all time great Hall of Fame Celtics players. Despite making it look easy, it was his hard-work and dedication that allowed him to succeed. This was seen in his becoming one of professional basketball's first "iron men", playing in all 82 games for five consecutive seasons and setting a then franchise record of consecutive games played.

While sports had always been the dominant theme in our household, my mother, who worked with a friend of my father’s who was also a former Celtics player and General Manager, had her own set of powerful talents, quickly being promoted to COO. As a child, I have vivid memories of playing within her company's warehouses and later, as a teen, working in those same warehouses. Those experiences provided a window into the world of hustle. While I may not have appreciated the impact of watching and partaking, when I finally began pursuing my own hustles, my mother’s wisdom and guidance became invaluable toward finding own success and eventually helping me find my way to SnapCall.

Together my parents had shown me the power of hard work and most importantly how to position oneself strategically through relationships. They helped me identify and develop my own skillset to network, strengthen my reach and eventually elevate my hustle.

My first co-hustle came in the form of a dance company I started while playing for the New England Patriots. Hustling and always searching for new opportunities, led to a dance TV commercial, in turn qualifying me for a SAG/AFTRA card and opening up a new world of opportunities within the acting industry. I quickly landed roles in movies like The Best Man and Me. & Mrs. Jones, as well as roles in TV shows like Moesha and The Shield.

From these beginnings, I am now an actor, a producer, a philanthropist, an entrepreneur & most recently a co-founder of technology company SnapCall, a powerful hustle platform that serves to help bootstrap success.

At the heart of any great hustle is great people, as surrounding oneself with the right people makes all the difference in business and in life. The crucial motion required to accomplish this is the ability to network and form meaningful relationships. It’s no coincidence that the top entrepreneurs are well-connected skillful networkers because it’s about authentic connections.

In the past, much of my networking with fans, followers, and colleagues was done through social media. Now, don’t get me wrong, social media is great for shouting out to everyone at the same time, but using a bullhorn to speak with one person, or attempting to understand who someone is through likes, just doesn’t work.

Said plainly, social media wasn’t designed for networking or creating one-to-one meaningful connections. And given networking is the most crucial motion for a successful hustle, I needed to find a better way.

In order to create a powerful hustle platform for marketing and e-commerce, we knew networking, communication and the ability to create meaningful connections had to be at its core. We also realized that our own personal communication within our closest relationships was happening through text messaging. A quick glance at anyone’s text inbox proves this point and explains why we have the tendency to read and respond immediately, while our email inbox piles up. 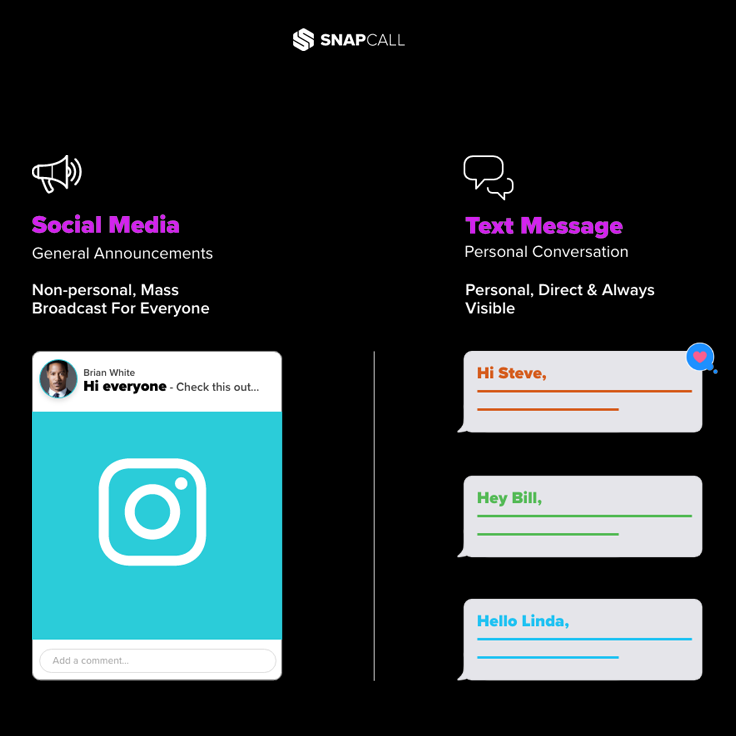 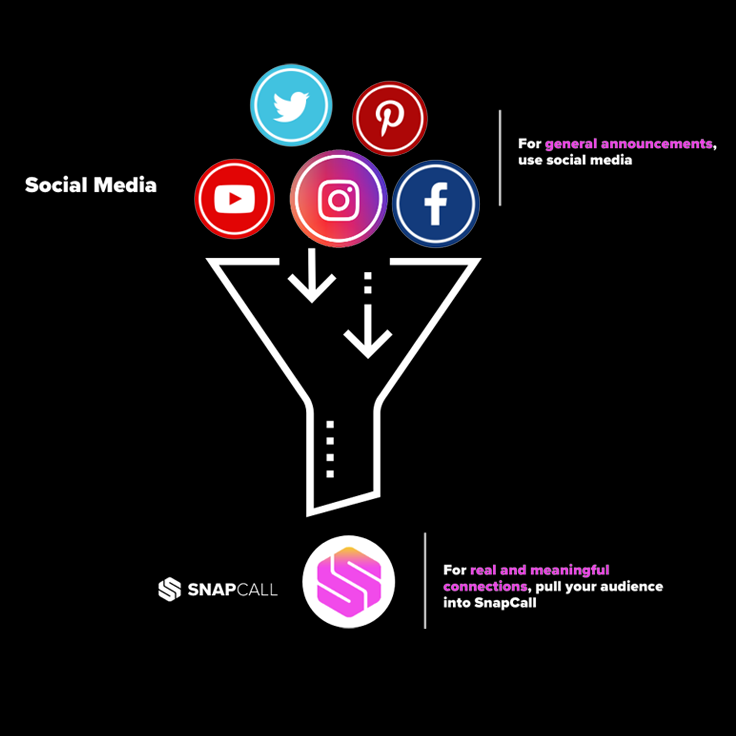 “ SnapCall is NOT a social media platform with broad social postings. SnapCall is focused on creating the personal connections required to properly network ”

Building real connections also requires the understanding of who an individual is beyond the generic "likes" and comments we have all become accustomed to. Whether you have a few or a few million followers, SnapCall provides actionable insights and recommendations to connect in an authentic fashion.

SnapCall is being built from the ground up dedicated to meaningful communication to help the hustler build better networks, larger followings and more sales. 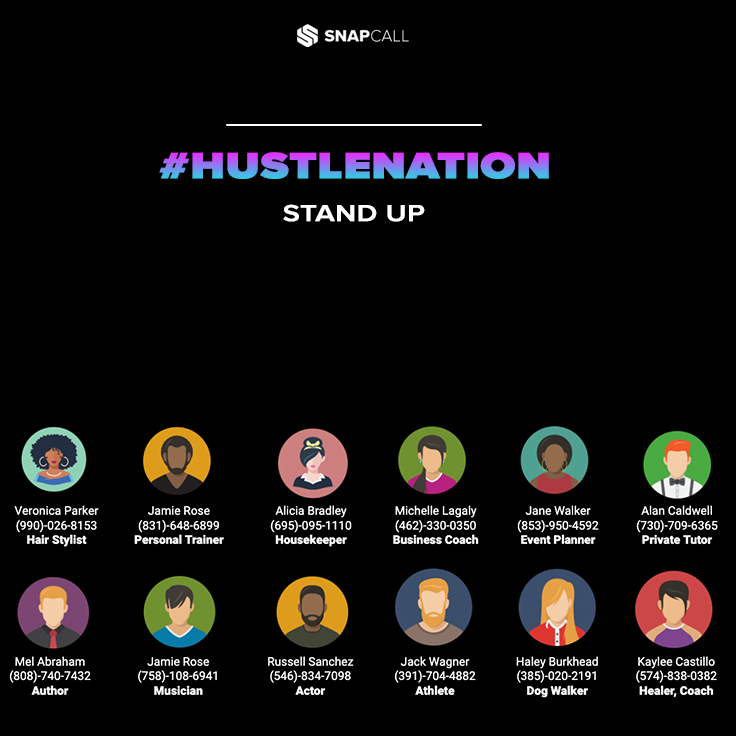 Yes, I am calling out to all the hustlers, the trainers, the filmmakers, and dancers, the designers, the artists, the stylists and influencers, the musicians, the marketers, the promoters and coaches, and the other 84 million American’s with side hustles. Social media is not getting the job done. Authentic communication is needed for a quality network and a quality network is needed for a successful hustle. It's time for a fresh start. It's time for SnapCall.

Get Your SnapCall Text Number Today

With the tools to automate and help your customer engagements feel more authentic. Sign up today and start texting!